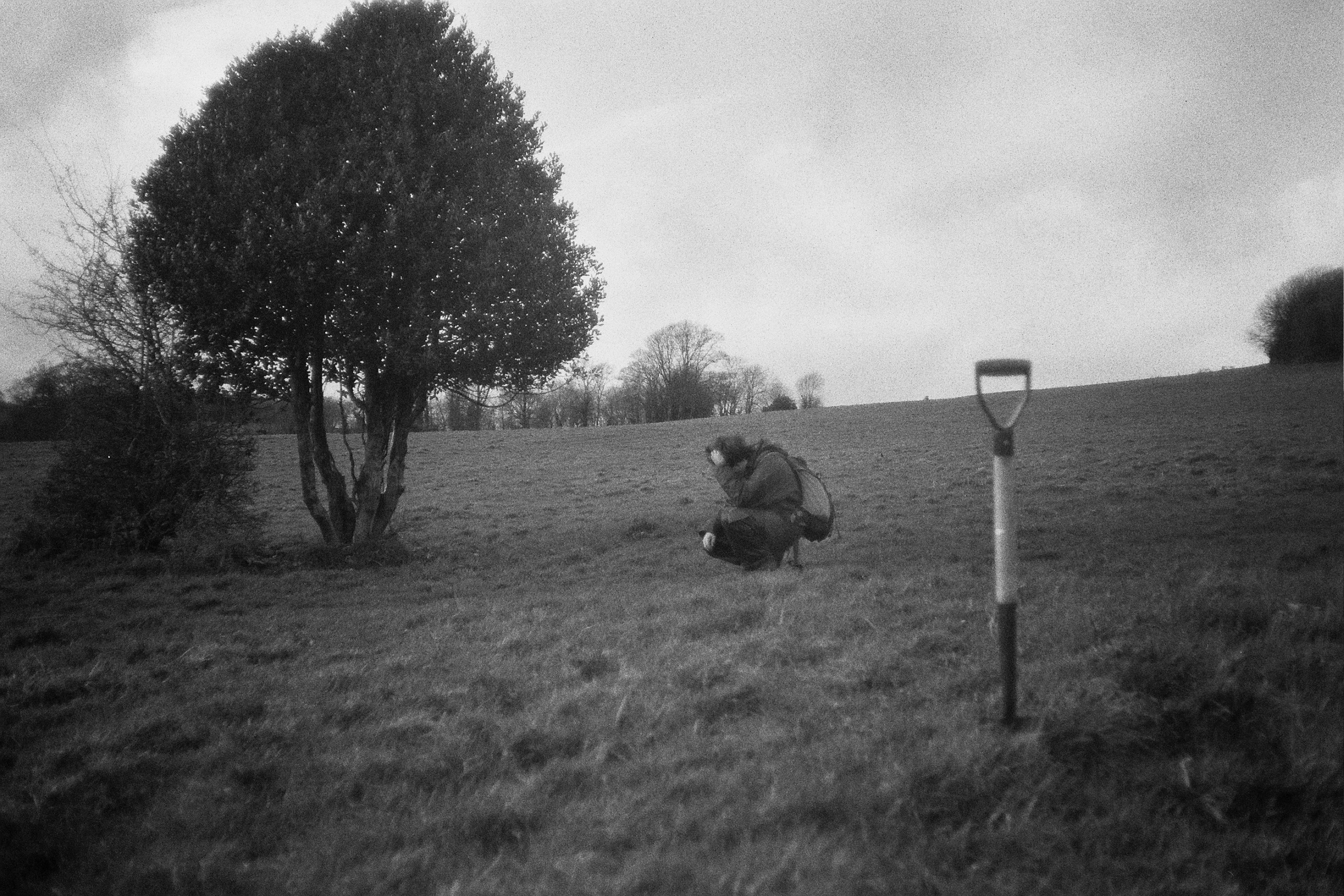 PREORDER AND RECEIVE FREE SHIPPING WORLDWIDE UP UNTIL THE RELEASE DATE

Kay: Where are you on the train to?

Todmorden! It's where I live and is a pretty good and weird place.

Hah, how is it weird?

It is a hub of alien activity. And more importantly, a hub of people that love aliens activity.

Woah! I didn’t know there were places like that in the UK. Did you know about that when you moved there?

I did. It is one of the main reasons I moved. I'm desperate to be abducted by friendly or at least inquisitive space fellers.

And here I was thinking it was to start a Masters! Are your studies connected to aliens?

No, but my movements and thoughts are.

Haha! I guess your album is pretty moon-influenced. Have you always been interested in the supernatural?

Absolutely. I think people give away some of their more intimate and complicated hopes and fears when they talk about the supernatural.

Ahh how so? It’s not something I really give any thought to.

Well, I think the idea that there are truths not entrusted to us by established custodians (alien abductions, criptoid monsters, the vengeful undead) says lots about individual people's specific discomforts about what they don't know. There is always a hidden truth that explains everything - nullifying the horrid powerless feelings we all harbour. I think embracing the unknown and mysterious supernatural can really act as a salve to the complex and nasty and small world.

I guess it’s different to say, turning to religion. The more we find out about the world the worse it is so why not leave mystery. Apart from where you’re living now have you visited any other alien-heavy sites in your quest to be abducted?

No, but I am hoping that there are enough critters in the sky interested in abductions that when they throw shit at the wall sometimes I'm the guy that sticks.

My day has GOT to come.

How would you rate A Moon For Digging in terms of other worldliness?

I would say that it is the most worldly music I have ever made. It really remains on earth, sadly.

Do your band mates share your interest? Do you think Garden Centre could be up for a gig on the moon?

I think they would all be very keen to experience 6G during the ascent, and where they went after that would really be unimportant. It’s thrills, thrills that drive them. They also run a very good mission control type operation, it would go without a hitch undoubtedly.

It’d be hard to play in a space suit, maybe you’d need a pod. Would you lead the mission? What skill set do you & your band mates bring?

Well I would certainly not lead the mission. I think Georgie would play a pioneering, scouting role. Will would attempt to learn any lunar languages and Laurie would design our pod village. I would take a purely ambassadorial job on our trip. You know, go to the cocktail parties etc, eat round chocolates.

Sounds good! Would you dig a hole?

The answer is yes, a deep one.

I was going to ask about the diorama you made for the front cover of the album, and where you got the idea to make it from.

I really wanted to photograph a scene in which 'digging' and 'moonlight' were completely isolated, and have always loved making miniatures. Sitting down and sculpting pointless little models of treasure and tiny spades helped when I was going through a hard and stagnant time. Max Warren took the photos, and I just toyed happily with the clay and mud.

Do you find songwriting as cathartic as making things? How did writing songs for the album come about- were they written over a long time or specifically to build an album more recently?

Writing songs can be pretty cathartic, but my feelings around writing songs change all the time. At the moment it feels more stressful. Making models is something I take less seriously, so it always feels cathartic to turn to. I also do it less, which helps. Once my life starts to revolve around something like I think it is meant to revolve around songs, it tends to get stressful and unhelpful every now and again. Having said that, I do love writing songs. When something clicks for me it really makes me feel glad to be exactly where I AM.

You’ve been writing songs and performing under different names & line ups (sometimes solo, sometimes full band) for yeeeaaarrrs, (for people who have only just heard of Garden Centre recently) can you give a little run down of what you’ve done previously, how Garden Centre came about, and how this album came about?

Yeah. I started writing and playing as King of Cats when I was about 16, it was largely tuneless. I wrote lots and lots of songs without knowing how to play instruments, which was extremely satisfying and frustrating in equal measure. I also played in the sludge rock band Lower Slaughter. They still play and have released two great albums with a new singer, Sinead. I started Garden Centre because I had written an album about forgotten zones and wanted to have a clean sheet to ruin in a relatively focused way. These days I also play in the snot rock band The Snivellers, although we all live very far apart.

Interview by our own Kay Stanley of Specialist Subject Records